Back to Public Speaking

The core of the scenic and visual design was a 30m wide by 12m high projection screen, using eight Panasonic 30,000 Lumens Laser Projectors, used for the display of 3D video content. In addition, four 3.9mm Pitch LED screens were provided – one either side of stage with two further down the arena acting as relay screens for camera feeds. Kudos also supplied two remote controllable HD cameras.

A bespoke stage and scenic elements were installed including materials and printed graphics for facias, podiums and the stage floor covering.

Suitable lighting was provided ensuring the stage was evenly lit for both viewing by the audience and on camera for the webcast. LED and low temperature lighting was used, so as to limit the environment impact and not distract from the events proceedings. This included controllable stage wash to TV Broadcast standard, gobo projection spots to add texture to the stage and lighting to highlight scenic elements.

Rigging was provided to support all production elements, including projection, LED screens, lighting and PA.

We also provided a full comms system to enable show crew to communicate. 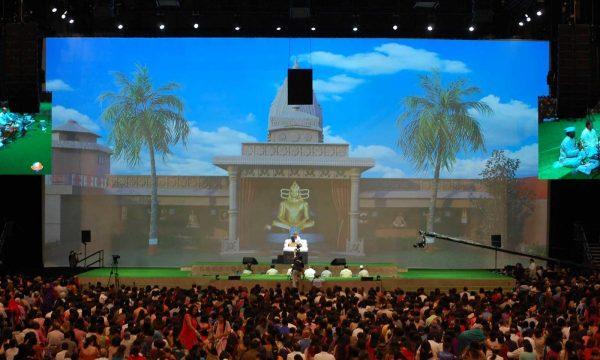 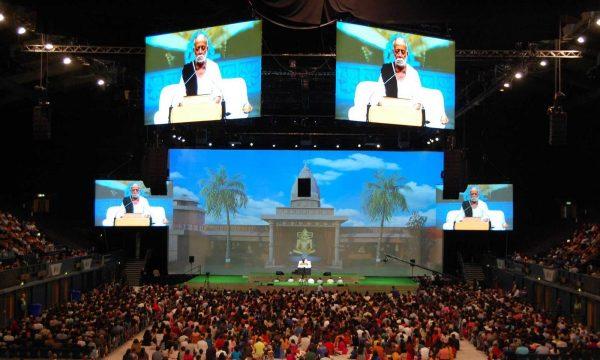 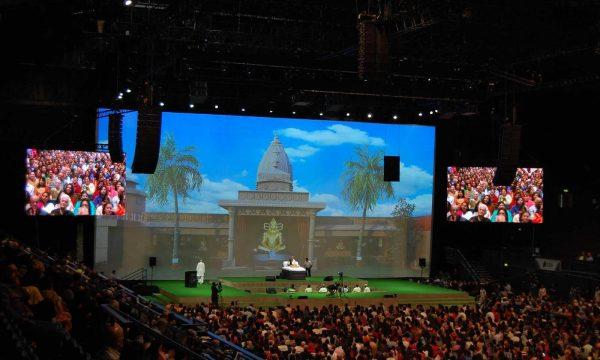 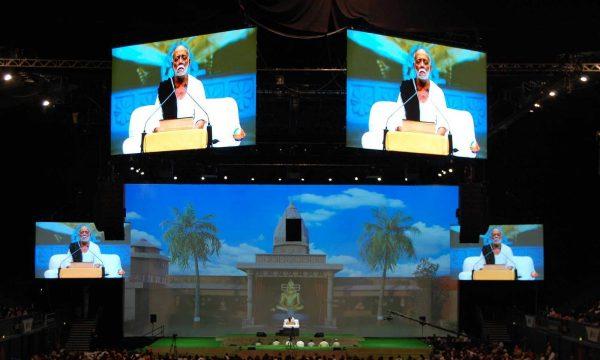